2021’s ASEAN Music Showcase Festival rounded off its week-long programme with a whole weekend’s worth of live-streamed online concerts. Two virtual stages—the ASEAN Stage and the Cross Pollinations Stage—ran concurrently and featured a combination of heavy-hitters and up-and-coming talents from Taiwan and the region.

Singaporean electro-pop duo .gif and Malaysian future-pop star Shelhiel also turned in solid performances. Vietnamese musicians Vanthan and Laura Mam’s set was also a particular highlight. The pair utilised their array of Cambodian and western instruments to create an intoxicating blend of moody instrumentals and jazzy pop. It was definitely one of the standout acts from day one.

Other highlights included the delicate singer-songwriter stylings of Adam Baxter and Japanese trio The Basssons’ oddly infectious nu metal-inflected funk-rock. Taiwanese band Flesh Juicer’s set was the same one they recorded for the Taiwan Beats showcase earlier this year, but it was still a joy to watch for its unrestrained energy.

The second day was equally as strong. Malaysian duo LUST contributed a cosy bedroom set that featured unreleased material and electronic reworkings of older songs, while rising Cambodian rapper VannDa justified the hype with an upbeat performance. Filipino multi-instrumentalist Gabba also caught the eye (and ear) with his multi-tracked studio performance, showcasing his math-rock chops on guitar, bass, and drums.

Sound of the Xity (China), SCAPE (Singapore), and Live at Heart selected the artists for the Cross Pollinations Stage’s second day. Chinese shoegaze trio Sweet Sister Session were undoubtedly a highlight, with their feedback-laden and reverb-drenched sound.

Overall, it was a weekend packed with enjoyable performances. Whatever your flavour, there was bound to be at least a few acts that would appeal to you. Here’s to 2022! 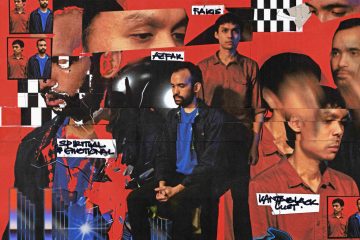